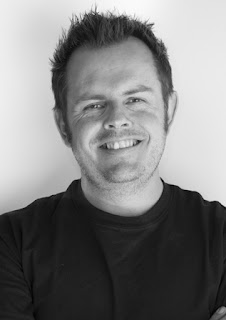 KBR warmly welcomes new author John Boman with this guest post on why it took him so long to follow his writing dream.

I loved English at school and revelled in any assignments that were to do with creative writing (or any English assignments really!). It gave me great pleasure to 'world build'; to create characters and stories that were so far removed from everyday life...what a feeling!

Bad sci-fi dystopian futures; weird, freaky horror stories that make the Twilight Zone look like an episode of Neighbours. I had all the bad writing and characters a pimpled young man could dream up. It was great. It was a blast. But you know what? I didn't continue. I didn't go on with it. It took me twenty odd years to fulfil my dream to become a writer and here's why.

The year was 1988. The town was Clermont, a coal mining outpost in central Queensland. All I had to read were Marvel and DC comics from the local newsagency.

One day Mum, Dad and I were driving out of town after going in for groceries and other supplies. We didn’t live in the town permanently as Dad was only working there as a manager of a very unproductive gold mine. I only ever saw Dad every school holidays which was okay but I hated travelling by bus out there when my friends in the city were doing fun things like going out and meeting girls. I didn't get to do any of that so all I had were books and comics.

I read and that was my world.

Anyway, on this auspicious day, my Dad asked me as we drove in the F100 Ute back to the mining compound, what I wanted to be when I grew up. The answer came to me in a flash. I didn't even have to think about it. And I was pleased with the answer. Why? Because I knew Dad wouldn't like it. I said to him:

I turned my head over to him to see his reaction. He said nothing. He only shook his head in, not so much disgust, but disappointment. I got the reaction I wanted and I should have felt happy and rebellious. Instead I felt terrible. Parents don’t realise that one shake of the head, one disappoint can shatter the dreams of any child. Perception is everything. My passion for writing started to wane and I didn’t know why at the time.

Over the years I tried to take it up again. I wrote a screenplay. Whilst a good little story, it was badly written and I didn't have the maturity to deal with the themes I wanted to portray. There were many nights alone on the type writer, were I punched out little essays on life in the style of Hunter S Thompson. I wish I had of kept these (there were all in a folder for many years but probably got purged in one of our cross country moves) as they would have been a good window into my thinking at the time.

One thing I never lost over the years, however, was my imagination. The thrill I received reading about the many fantastic worlds in the books of my childhood. I treasure those memories more than anything in the world.

And here we are now. I've written a children’s fantasy novel called The Spirit of the Moon and I’m planning to continue this series in another five books and thinking of projects beyond that. I think it just goes to show you can never outlive your childhood dreams. They’re always there, waiting for you to say ‘Hello old friend, do you remember me?’ and to become reacquainted with you once more. 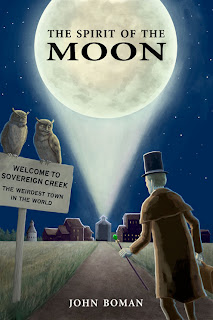 Will I be successful at writing? I don't know. The odds are stacked against anyone going into the arts, especially in the age when book stores are becoming scarce and literacy rates are in decline faster than an unpopular Prime Minister.

But at least now I can say I'm a writer and I'm having a blast.

The fourteen year old boy would be pleased.


For more on John, see his blog. John's first book, The Spirit of the Moon, is available as an ebook in the following editions: