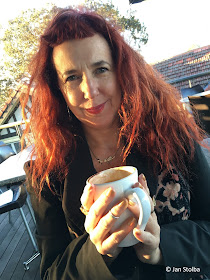 1. Tell us something hardly anyone knows about you.
Hmm, I love going places out of season: skiing, swimming, ice-skating, movies. It’s a little eerie and that always wakes up the muse.

2. What is your nickname?
I do not have one and have ferociously resisted. People have tried though. Izzy, Izza, Iz. Ugh.

4. Describe your writing style in 10 words.
Mysterious, atmospheric and always asking questions about the real world.

5. Tell us five positive words that describe you as a writer.
Free, curious, excited, elated, free.

6. What book character would you be, and why?
Hmm, I guess I would like to be a character out of one of my own books since I write them so I can exist in them. Probably Elspeth, or better still Alyzon Whitestarr.

7. If you could time travel, what year would you go to and why?
The year after I die, so I can find out what happened next.

9. Who is your greatest influence?
Ursula Le Guin.

10. What/who made you start writing?
Sorrow.

11. What is your favourite word and why?
Yearning, because yearning means your desires have not been instantly gratified.

12. If you could only read one book for the rest of your life, what would it be?
Proust or Joyce – something dense and complex and difficult, or Lord of The Rings. 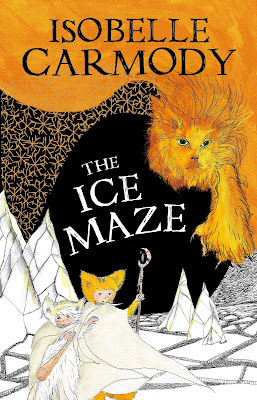 Isobelle Carmody is one of Australia's most highly acclaimed authors of fantasy. At 14, she began Obernewtyn, the first book in her much-loved Obernewtyn Chronicles, and has since written many works in this genre. Her novel The Gathering was joint winner of the 1993 Children's Literature Peace Prize and the 1994 CBCA Book of the Year Award, and Greylands was joint winner of the 1997 Aurealis Award for Excellence in Speculative Fiction (Young Adult category), and was named a White Raven at the 1998 Bologna Children's Book Fair. Isobelle's work for younger readers includes her two series, The Legend of Little Fur, and The Kingdom of the Lost, the first book of which (The Red Wind) won the CBCA Book of the Year Award for Younger Readers in 2011. After living in Europe for more than a decade, Isobelle now divides her time in Australia between her home on the Great Ocean Road, in Victoria, and Brisbane, where she is working on a PhD at the University of Queensland. She lives with her partner and daughter, and a shadow-black cat called Mitya. See isobellecarmody.net.
Penny at 05:00
Share
‹
›
Home
View web version