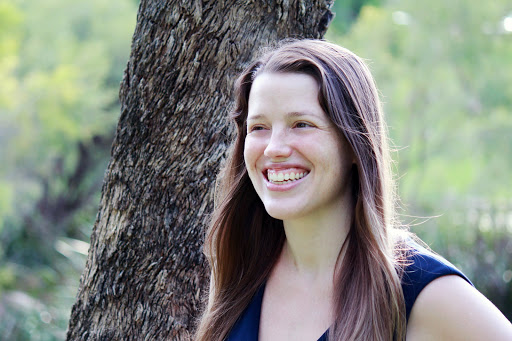 Rebecca Higgie’s debut novel, The History of Mischief is the inaugural winner of the 2019 Fogarty Literary Award for an unpublished manuscript. Released in September 2020, we congratulate Rebecca and invite her to share with us, some of her journey to publication.

Congratulations, Rebecca! How important is winning the inaugural Fogarty Literary Prize to you?
Thank you! Winning the Fogarty meant winning a publishing contract, so it was very important for a young writer with no name like me! All of a sudden, I was talking to journalists, editors, marketing gurus and other writers. Overnight I became part of the broader writing community, one I had avoided out of shyness and the belief that my story wasn’t something that others would like.

It was a tremendous gift to realise that someone saw something in my book. Prizes like this are not about finding ‘the best book’; they are about giving opportunities to new writers and new voices. The two other shortlisted writers, Emma Young and Michael Burrows, and one of the longlisted writers, Mel Hall, were also given publishing contracts. I am so grateful to have won this award that has uncovered so many new talents. 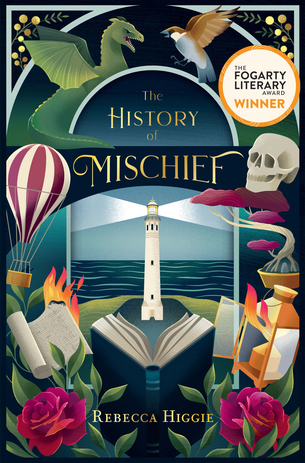 You have created a spectacular novel with The History of Mischief. You started it in 2006. After many stops and starts, what was it that helped you commit to finishing the novel?
Deadlines, accountability and silliness! After struggling with little to no progress for years, I set up a private Facebook group with some of my creative friends, where we created writing ‘deadlines’ as Facebook events. We checked in with one another when a deadline was approaching, and offered advice and encouragement. You can read more about it here.

I also started writing down my daily word counts. At the end of a writing day, I would ‘report’ my progress to my husband. He would always guess very low numbers and act surprised when I told him the real amount. It was silly, but it made me feel like I’d achieved something, even if it was only a few hundred words. This was just one of the ways he encouraged me. Having someone who believes in you, who champions you, makes a big difference.

Another major thing that helped me finish was telling myself that it was never going to be published, and that was okay. This story was for no one but me, so I didn’t need to impress anyone or write what I thought other people expected or wanted. This was very freeing and helped silence the inner-critic.

The building blocks of the novel are the stories you present. What place does storytelling have in your life?

Storytelling is a part of how I think. When I’m going about my day, when I’m doing something mundane, I’m almost always telling a story in my head. I have stories that have been with me for years, ones I tell myself at night to help me sleep. When I feel something deeply, happy or sad, stories inevitably come from those feelings. I use it to make sense of myself and the world.

It’s strange for me now to be telling a story to someone else, in the form of this book. It’s an oddly intimate thing, really. When we tell someone a story, we are asking them to feel what we feel. For me, the stories in the novel – those building blocks – express part of how I feel about something: admiration for the quiet but incredible strength of mothers, anger that a stolen Ethiopian prince’s bones still lie in English soil, and curiosity for what is hiding in the archives of national libraries.

The opening scene introduces nine year old Jessie who shares the chapters with A. Mischief, which is also a character of sorts. We also meet her elder sister Kay, who is now Jessie’s guardian. Can you share the structural process which enabled you to accommodate so many wonderful characters and events that take place?
I love how you describe ‘A. Mischief’ as a character of sorts. It very much is! A. Mischief is the name ‘mischiefs’ give themselves, and Jessie later uses it herself. The title takes on a life of its own, which is very fitting for how the mischief operates.

Drawing together Jessie and all the A. Mischiefs was a challenge. Structurally, the book has a main plot (Jessie’s story) and ‘histories’ from the mysterious book Jessie finds under the floorboards. I decided that the best way to accommodate the multiple viewpoints was by having the histories as separate stories that Jessie then reacts to. She thinks about them, researches them, and is inspired by them. Her entire life starts to revolve around doing mischief and searching for the mystery behind the histories.

While they are a big part of how the main plot unfolds, having them all mixed together would have been too much. Leaving each history as a single story stopped things getting too messy.

It is a novel to be proud of. Historical and magical, with philosophers and philosophical messages, as well as other famous people and events in history. Did you initially set up the time frame as such, or did the characters dictate time and place?
The characters were often dictated by the mystery behind The History’s origin. They had to be particular types of people, doing particular things. But I did draw on time periods or events I found fascinating.

When I learned about Prince Alemayehu (1861-1879) from my husband Yirga, I felt compelled to write about him. He was stolen from Ethiopia as a child and died in England when he was just 18. His remains were buried in Windsor Castle. To this day, the Crown and the British Government refuse to return his remains, despite many requests from the Ethiopian Government.

This is utterly senseless. There is no reason to keep them. I wanted to expose this injustice and also examine the violence of my ancestors, so I worked the story around this.

Your settings are vividly described and presented. How much research was necessary to build the background of each chapter?
A lot! I read so many books! I also visited some of the places that appear in the book. Often, places inspired me. A 2012 visit to the Wieliczka Salt Mine was so magical, I couldn’t help but invent many histories for it. It helps to know what a place smells like, how weighty its shadows feel.

When I couldn’t visit places, I hunted down books, maps, photographs, paintings, diaries and fiction inspired by those times and places. As well as looking for historical information, I wanted to uncover details of how people lived and thought. Many of these details didn’t go into the book, but they helped me develop a feel for each chapter.

We invite you to return to the site on 17 September 2020 for Part Two in Rebecca Higgie's Guest Post.