I'm a very visual writer. To tell a story I have to see it as well as hear it and feel it. I need to find a personal way in to the story and I need to build the world which, in turn, provides story possibilities and detail to make the story feel real.

Before I wrote books I worked in film and TV for a few years and when you're making a film you gather lots of visual and aural references - images, video, music and maps. I do the same thing when I'm writing a book.

I developed a free transmedia brainstorming tool, Story Scrapbook, with my friend Ben Train, to make it easy to gather these references in one place. Anyone can use it for free at www.storyscrapbook.com

Here are some of the key images I gathered during the writing of my new book The Fall and how they influenced the development of the Story, World and Characters. 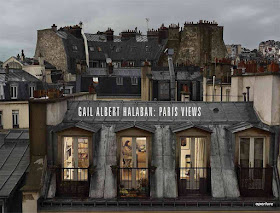 My wife gave this book to me. We had spent some time travelling during the writing of the book. There is something so interesting about looking through rear windows of apartments and seeing glimpses of other lives, but you can never see the whole story. I wanted The Fall to feel like that. There's always something in the next line, paragraph or chapter that you need to know. I tried to create suspense this way. 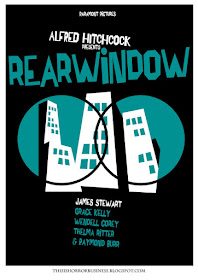 One of my favourite films is Alfred Hitchcock's Rear Window. It creates great suspense with few characters in a single location. It was a big influence on the development of The Fall. 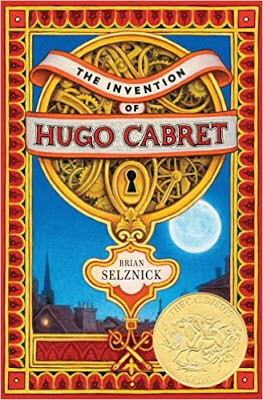 I also re-read The Invention of Hugo Cabret, a strong story about a son's attempt to understand and connect with his father. It's set mostly in a single location. It has heart, mystery, suspense, and it's very visual and cinematic. These are all elements that I wanted to imbue The Fall with. 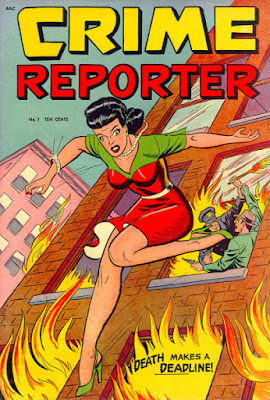 Sam Garner is a comic book creator. He's writing a comic book series called Harry Garner: Crime Reporter about his dad. But real-life Harry is finding it hard to live up to the idealised version. Reading these comic books helped me to develop the creative, imaginative side of Sam's personality. 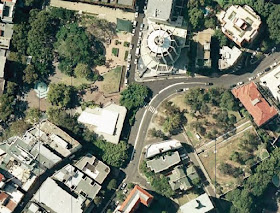 I often use Google Maps and Street View to gather details and lock down the location for a story. 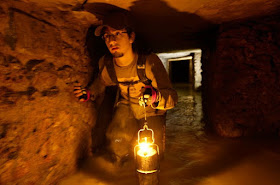 The second and third drafts of The Fall were set in the underground Paris catacombs and the story involved the French president. Most of those drafts never saw the light of day but I like to think that the flavour of them is still there in the finished book. Maybe those scenes will find their way into another book one day.

Boss Fight is an amazing site with lots of extraordinary royalty-free images that helped me capture the tone and feeling of my story.
I stared out of many windows while writing The Fall. I love being at a great height but falling is one of my greatest fears. That fear helped to drive the story and make the writing feel taut and suspenseful. 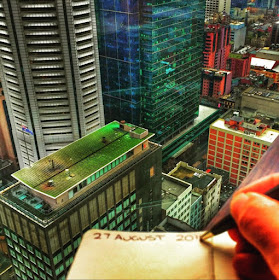 This is a window in Prague, Czech Republic. Author Isobelle Carmody was living there and was kind enough to show me and my family around town for a few days in 2013. I asked her about writing genre and if she thought you needed to know all the conventions of the genre you thought you might be writing in (crime, thriller etc) and she pushed me not to learn the conventions but to write the story that needed to be written and to let people categorise it later. That advice helped me to discover great humanity in the characters and to hopefully avoid predictability. 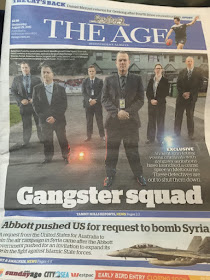 When writing, I tend to keep an eye on the news. Sometimes there'll be a story that resonates with what I'm writing and feeds the story with important real-life detail.

Music also helps to capture the tone and emotional core of a story.

I made this mood reel for my book 'The Fall' early in the writing process. Nailing the location and the tone allowed the story to grow out of that. It's the kind of previsualisation filmmakers do but very useful for authors.
A post shared by Tristan Bancks (@tristanbancksbooks) on Jun 4, 2017 at 11:58pm PDT 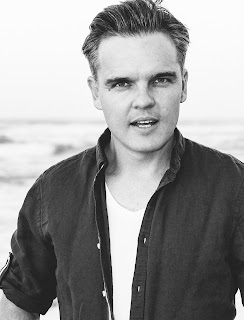 TristanBancks is a children’s and teen author with a background in acting and filmmaking. His books include the MyLife series, Mac Slater (Australia and US), Two Wolves, a crime-mystery novel for middle-graders. Two Wolves won Honour Book in the 2015 Children’s Book Council of Australia Book of the Year Awards. His latest novel is thriller, The Fall. You can connect with him, learn more about his books, play games, watch videos and help him try to change the world here at
www.tristanbancks.com

Be sure to stick around for our review of The Fall, coming soon!

We value your comments, however, please note that all comments are moderated and need to be approved before publication, so spammers ... don't waste your time.