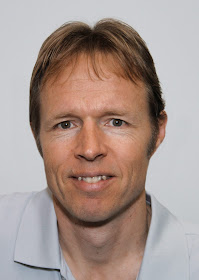 I was inspired to create my new series The Invincibles after realising that we hardly hear about superhero teams from the Southern Hemisphere these days. Why is that?

North America has Captain America and his epic buddies, and the UK has Captain Britain and his super sidekick Jackdaw. But we’re yet to see a Captain Australia or Captain Kiwi defending truth, justice and our sunny, beach-loving way of life in the 21st century.

I find this strange as our big screens are dominated by Aussie and Kiwi actors portraying some of the greatest superheroes of all time.

As a kid I soaked up all the Marvel and DC comics I could get my hands on, but I would never in a million years have dreamt that so many of the amazing characters and story lines would one day be brought to life by people who talked with the same accent as I did. 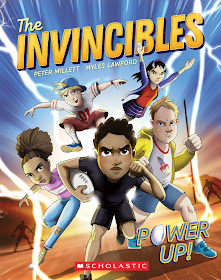 Over time these thoughts led me to the creation of my new series for 7-9 year olds, The Invincibles. In 2016, after I finished writing my last Johnny Danger adventure I explored the option of creating a brand new superhero series for kids.

I tossed ideas back and forth with Scholastic until we settled on the perfect mix of having a super ‘sporty’ team of heroes.

I’ve channelled this love of sports into the heart of The Invincibles. While larger than life characters like Thor stomp around giving off a serious Viking/Nordic vibe, my characters suit up with second-hand protective vests found in the lost property bin at the local footy club, and don mouth guards and lightweight foam-padded head protectors instead. It’s a laid-back approach of tackling superherodom.

The Invincibles receive their super powers while innocently running across a footy field and being struck by a colossal bolt of lightning that lights up them, the goalposts and the club sports clock. Because they inherited their powers on a footy field, their usage is governed by the same 80 minute time limit that you would find most NRL, AFL or Rugby teams subject to. This unique twist supplies each book with a ‘ticking time’ deadline plot to help keep reluctant readers engaged throughout. It also gives my heroes a tricky to manage weakness too. 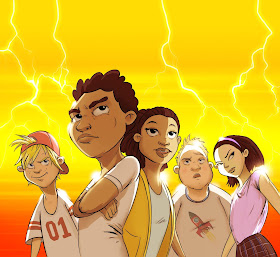 The Invincibles are a mixture of sporty boys and girls who don’t naturally gel once they inherit their all-powerful abilities. But they soon learn that they are stronger together and that their success depends entirely on teamwork not individuality.

To keep up with the epic Marvel and DC themes I so enjoyed as a young reader I’ve given The Invincibles a super-charged Hollywood style trailer. And each book comes with a set of limited edition superhero collector cards at the back of it.

Hopefully kids across Australia and New Zealand will enjoy reading about the sporty adventures of The Invincibles, and I’m sure that only Antipodean readers will truly understand how cool it is to have a team’s mascot being a super sheep who can fly!

Peter Millett is a New Zealand children's author. His books include the Johnny Danger series and The Anzac Puppy picture book. His latest book is The Invincibles #1: Power Up! published by Scholastic on 01 July 2019. Visit Peter Millett's website and Facebook page for more information about his books and writing projects. You can find links to all of Peter's YouTube videos at the Danger Films YouTube Channel.